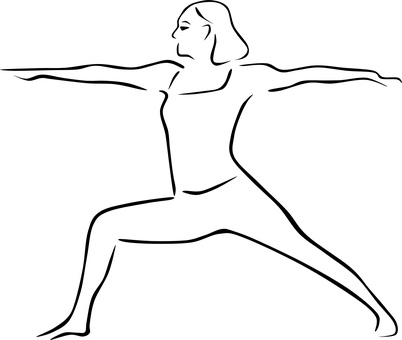 It was brought to my attention last week that there have been new studies to warrant the claim that yoga assists with improving the conditions of osteopenia and osteoporosis. Hence, I thought it appropriate to revisit the topic once again.

In June, I blogged a short summary, Honor Your Bones, which touched on some primary asanas that were thought to help stop or even reverse bone density loss.  For years, yoga has been touted as a boon for remodeling bone. However, the lack of research studies on the subject prevented the practice from being considered a source of treatment for the condition.

This recent study, Twelve-Minute Daily Yoga Regimen Reverses Osteoporotic Bone Loss (by Dr. Loren Fishman and others) concludes that over a ten year period (from 2005-2015), participants who consistently practiced 12 specific yoga poses had reverse bone loss and improved bone quality in the spine and femur.

Variation in measurements and skill levels prevented the researchers from seeing a significant change in the hip area.

However, what is most important was that none of the 741 participants reported any type of fracture or serious injury during the 10 year study. Yet there were 109 fractures initially reported at the pre-study. This points to the larger fact that yoga improves balance, posture, alignment, and flexibility – qualities which directly protect a person from falling, and, therefore, fracturing a bone.

Nevertheless, we still have to condition this remarkable result with “of course, none of the information in this article is intended to be medical advice and you should talk to your doctor before starting any new exercise plan.”

When it’s all said and done, the proof is in the pudding…

My New Book Is Here! 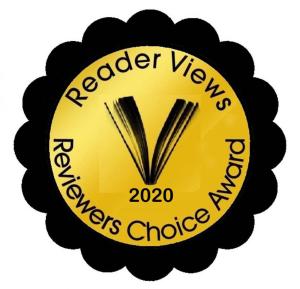 “Yoga Posts: Building a Steady Yoga Practice One Week at a Time” is now available on Amazon. Click in the main menu to purchase!

The journey of publishing my first book - a compilation of 30 plus years of learning and loving yoga just happened to coincide with another turning point in my life. The transition away from my teaching practice and long-time students here in Sedona, Arizona. After 15 years, my husband and I have decided to make a change and a new home in Prescott - another northern Arizona community one hour away. Fortunately, my farewell synchronizes with the launch of my new book. So with a sad departure comes a happy arrival - how fitting!
“Just being low down in a room tends to clear the mind. Maybe it's because being on the floor is so foreign to us that it breaks up our habitual neurological patterning and invites us to enter into this moment through a sudden opening in what we might call the body door." - Jon Kabat-Zinn Take some time during this full moon phase to get grounded. A nurturing Savasana does the trick for me. Be sure to use an eye bag to go even deeper. 🌝 Another effective tool for calming the body and mind is to diffuse lavender essential oil. 💜 Visit this week’s blog to get more tips for creating balance and stability. . . .#yoga #yogapractice #buildingasteadyyogapractice #fullmoonyoga #savasana #corpsepose #grounding #yogaathome #restday #relaxation #lavenderessentialoil #jonkabatzinn #mindwash
IT’S HERE! My new #yogabook is available on Amazon. A labor of love that was created for building a steady yoga practice. Its weekly challenges incorporate the entire 8-limb system of yoga. Designed to establish, support and fortify a personal yoga practice one week at a time. So excited to share this with you!! 💜🕉💜 . . . #buildingasteadyyogapractice #yogaposts #homeyoga #yogapractice #yoga #newyogabook #yogainspiration #yogaeveryday #yogaguide #amazonfinds #bookphotography #yogachallenge #yogaathome
The place I’m gravitating to today...having completed the book that marks such a big milestone in my yoga world 🌎 Taking time to pause, reflect and rejoice before I move onward. #yogapractice #stillness #inspirationalquotes #makemyday #yogaeveryday #reflection #pause #stillpoint #sunset #still_life_nature #buildingasteadyyogapractice #yogaposts
Standing tall with our desert trees in Saguaro National Park 🌵 This was taken on our way back from the photo shoot at White Sands National Park for the new #yogabook. Serene and steadfast, these emperors of the desert are supreme. . . . .#treepose #yogaoutdoors #yoga #saguaro #saguaronationalpark #yogainthepark #yogaeveryday #yogaposts #yogapose #yogalove #azyoga #yogainnature #saguarolove
Expand the horizon of your awareness by creating your own personal yoga practice. 🌅 My new #yogabook will give you a year’s worth of practices. It’s available as a free download until tomorrow! Click on the link in my latest blog post ⬆️⬆️ for a copy of “Yoga Posts: Building a Steady Yoga Practice One Week at a Time.” . . . . . #yogapractice #personalyoga #tryyoga #newyogabook #yogabook #buildingasteadyyogapractice #yoga #startfresh #expandyourmind #yogaforeverybody #yogainspiration #yogaeveryday #yogachallenge #yogagoals